Matthew Goodrich is one of Melbourne’s freshest and most exciting talents in the film industry. With a history of strong ideas and a natural flare for cinematography he is able to create powerful short films and advertisements within modest budgets. In 2008, while studying film, Matthew was selected as a finalist among a record number of entries to produce, write, direct and edit a 2-minute short film for the TAC. The film received such acclaim that it was screened at cinemas and has been recognised both locally and overseas.

Matthew’s academic background is a Bachelor of Arts (Majoring in Psychology) and a Bachelor in Film and Television, which he completed at the end of 2011.

After completing his course in film studies he submitted his short film The Judges to Tropfest. Shot in a day on a shoestring budget it told the story of incompetent short film judges and made the Top 80 shortlist before being squeezed out of the Top 16. The Judges made the final 15 in the international short film comedy festival Over the Fence.

Matthew has an insatiable passion for all things filmmaking and looks forward to a prosperous career in the industry. 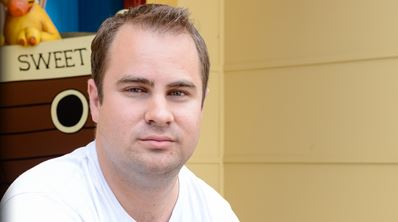 Julian has produced and directed over 10 short films and is currently lead producer for Cameralla, Crankyfish and a number of independent film, television and online projects. Notably he was the first producer to have two short films in the Tropfest Top 16, with “Off the Meter” & “Coping” screening in December 2013, and he was also the winner of Tropfest 2012 with “Lemonade Stand”. In 2013 he produced the award winning comedic web series ‘Great’ and was selected by the SPAA ‘One’s to Watch’ program as 1 of 20 emerging producers representing the next generation of the industry. Julian is passionate about bringing compelling human stories to the widest possible audience and is working with some of the best young talent in the business to develop innovative projects for networks and brands.

He wrote directed and produced the TV pilot ‘My PT’ and is currently developing a feature film with Pandamonium Productions.

The Kennedy’s at Willivy Farm